We are there when you need

In chimney repairs, chimney relining is one of the most commonly asked for services. Homeowners in Quakertown, PA have always turned to us for chimney relining and other repairs. Worried about relining a chimney costs? At American home comfort we offer reduced price for chimney relining! Call us today! We service Quakertown and surrounding areas including Bucks County, Allentown, Easton, Bethlehem, Ottsville, Plumsteadville and Doylestown, PA.

What Is A Chimney Liner?

Majority of chimneys are made out of stone or brick. As a result, chimneys are not flammable. However, wood which is part of your building material around your chimney isn’t that tough. There’s a high chance of a fire if too much heat escapes from your chimney and finds its way to the walls around it. To prevent this sort of thing from happening, chimney liners are designed. Chimney liners play the role as a conduit which protects the walls of your home and chimney while together ensuring combustibles are removed from the chimney. Chimney liners don’t just prevent the walls around your chimney from catching on fire. Whenever you start a fire at your fireplace the smoke goes out your chimney and leaves behind the byproducts of combustion. If there’s no prevention of these gases, they eat away at brick and the lifespan of your chimney is shortened. Chimney liners are there to extend the life of your chimney.

Our customer deals and coupons are waiting for you to save big! Cost of relining chimney has never been this affordable!

When it comes to Quakertown, PA, chimney relining, you’ve got a few options when it comes to choosing the perfect chimney liner for your home. Metal liners, clay liners, and cast in place liners are some of the most common types of chimney liners. Here are the pros and cons to each liner, making the decision process easier. Homesaver chimney relining systems is what your fireplace needs!

Read through our customer reviews and testimonials to find out how we are keeping our clients warmer this winter!

Stay Warm Worry Free With Us At American Home Comfort 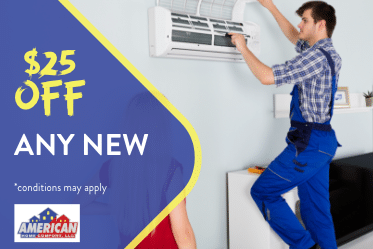 We are Servicing in Quakertown, PA Areas

Designed & Developed by Grow Nearby